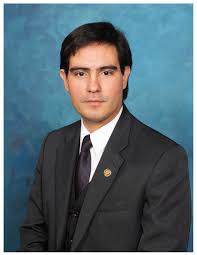 Tumor at junction of scrotum and penis

Glans extensively
involved by a
multinodular mass
with focal ulceration

Circumcision specimen shows
a flat, granular and beige
neoplasm involving the mucosa
of the foreskin but not the skin

Cut section shows two discrete nodules
of tumor; glans to left and the foreskin
to right; nodule to the left is in sulcus,
the one on the right involves foreskin

Massive involvement of glans, coronal sulcus and foreskin
with complete effacement of the corpus spongiosum,
sparing the urethra; penis had been destroyed by the
cancer, necessitating an emasculating procedure

4 separate foci of carcinoma are present (red in diagram
on right): the larger neoplasm is located in the ventral glans
(g) and is exophytic; 3 smaller flat lesions involve the glans,
coronal sulcus (cos) and mucosa of the foreskin (f)

Tumor involves the glans with extension to coronal sulcus; there is an abnormal white to
erythematous abnormality of the glans mucosa, which is extensive squamous cell carcinoma
in situ with a minor foci of invasion of epithelial compartments: mucosa of foreskin (f), glans
(g) and coronal sulcus (cos); urethra (u), meatus (m) and skin of shaft (s) not involved

Tumor is white, involves the mucosa of the foreskin and
coronal sulcus and completely covers the glans; there is
focal superficial infiltration of the corpus spongiosum;
diagram shows (red) widespread involvement

Solid yellow-tan neoplasm in the dorsal half of the glans (top); diagram shows
that the neoplasm (in red) replaces the corpus spongiosum of the dorsal glans
and is present at the interface with the tunica albuginea (a); foreskin (f),
meatus (m), urethra (u) and corpus cavernosum (cc) are not compromised

Neoplasm shows superficial, white, serrated papillary and tan, solid, deeply invasive components; in the diagram, glans surface is completely covered dorsally by a thickened solid tissue (dark blue), which corresponds to the squamous hyperplasia (sh); a papillary exophytic appearance just below the meatus (in mixed blue-red-black colors) corresponds to a low grade papillary carcinoma (pca) and a serrated benign papillary hyperplasia (ph) (lower part); most of the corpus spongiosum, including its periurethral and meatal (m) components, is replaced by a high grade carcinoma (red); surgical margins are positive ventral to the urethra (u)

Assessment of depth of invasion:

Assessment of depth of invasion
of tumor in resected specimen:
closeup of the bottom portion
of the top specimen is seen

Contributed by Dr. A. Cubilla, Paraguay