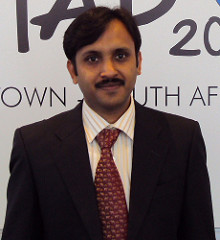 Which of the following is expressed in the adrenal medulla?