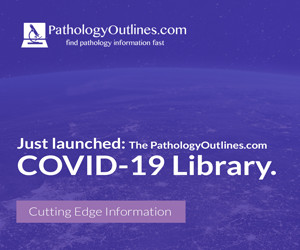 Entities with name change (previous designations in the 2008 WHO classification are shown in parentheses)
Diagrams / tables
Images hosted on other servers:


Board review style answer #1
A. IDH2 R172 mutation is a recurrent genetic alteration seen in a subset of AITL