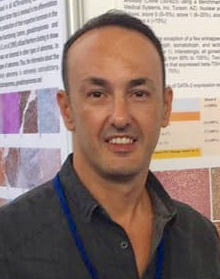 Cohesive clusters and sheets of cells


Board review style answer #1
B. Perineural invasion of tumor cells is diagnostic of malignancy for parathyroid lesion

Which of the following markers has diagnostic and prognostic role for parathyroid carcinoma?