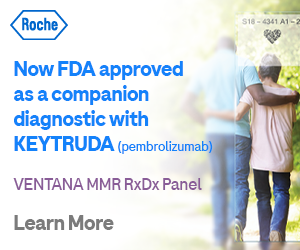 Stained images from a 25 year old


Board review style answer #1
C. Intestinal spirochetosis is more common in the developing world and in men who have sex with men suggesting transmission is related to sanitation or diet as well as sexual transmission. It is caused by Brachyspira aalborgi and Brachyspira pilosicoli not T. pallidum. Intestinal spirochetosis is usually asymptomatic and may be an incidental finding in a colon biopsy or appendectomy. Asymptomatic cases should not be treated. It is characterized by a basophilic, fringe-like, end on end attachment of filamentous densely packed spirochetes on the surface epithelium of the large intestine or appendix generally in an otherwise normal study. Active inflammation is rare and usually seen in the context of advance HIV infection.