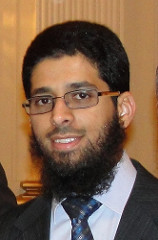 Section of epididymis of guinea pig