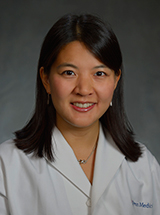 With KRAS and EGFR mutations