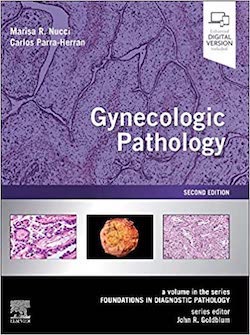 A 75 year old woman presents with vaginal bleeding. A hysterectomy is performed (see images above). What is the diagnosis?


Board review style answer #1
A. Carcinosarcoma with heterologous differentiation