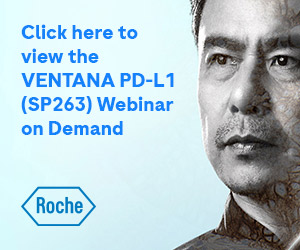 
Board review style answer #1
E. None of the above. Giant cell carcinoma is a subtype of sarcomatoid carcinoma composed almost entirely of tumor giant cells with no differentiated carcinomatous elements.