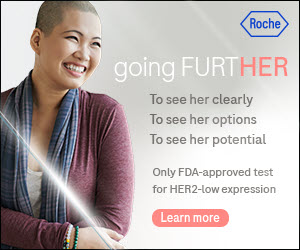 From the image above, what is the most likely diagnosis?


Board review style answer #1
B. Lactational changes. During lactation, epithelial cells are enlarged and have a bulbous or hobnail appearance with attenuated myoepithelial cells. These florid changes seen can be alarming and can be mistaken for atypia or malignancy.

Reference: Breast - Histology
Board review style question #2
Myoepithelial cells are always retained in which of the following?