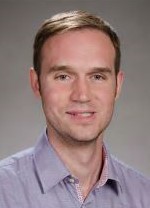 MRI and CT of PUC with peritoneal spread

CT of PUC with
peritoneal spread
and bladder wall
thickening

PUC with carcinoma in situ

Which of the following is true regarding the histologic variant of urothelial carcinoma shown above?


Board review style answer #1
A. Neoplastic cells usually express CD138. The histologic variant of urothelial carcinoma shown above is the plasmacytoid variant, consisting of discohesive cells with eccentrically placed nuclei and abundant cytoplasm. The neoplastic cells are usually positive for CD138 (making choice A the correct answer). Choice B is false, as truncating CDH1 mutations are common, causing loss of E-cadherin. Choice C is false, as these patients are generally diagnosed at an advanced stage and thus, have a worse prognosis. Choice D is incorrect because the primary ureteral of the variant has rarely been reported. Choice E is false since the cells do not express mucin, making it possible to distinguish from metastatic signet ring cell adenocarcinoma. (Hum Pathol 2019;90:27, Int J Clin Exp Pathol 2012;5:601, Nat Genet 2016;48:356, Eur Urol Focus 2019;5:104, Urology 2017;102:143, Bladder Cancer 2020;6:71, Am J Case Rep 2018;19:158, Am J Surg Pathol 2008;32:752).

Reference: Plasmacytoid
Board review style question #2
Which of the following immunoprofiles would be most helpful to differentiate primary plasmacytoid urothelial carcinoma of the bladder from metastatic lobular breast carcinoma?

Reference: Plasmacytoid
Board review style question #3
Which panel of immunohistochemical stains would be most helpful to distinguish plasmacytoid urothelial carcinoma from its mimickers at other primary sites?


Board review style answer #3
D. GATA3, mammaglobin, ER, Uroplakin II. A panel including GATA3, mammaglobin, ER and uroplakin II would be helpful. GATA3, more so than p63, is positive in plasmacytoid urothelial carcinoma (PUC) and while it does not differentiate between breast and urothelial origin, is helpful in ruling out gastrointestinal metastases. Mammaglobin and ER are consistently negative in PUC, which helps differentiate PUC from breast metastasis, particularly lobular carcinoma, which is more often ER positive. UroplakinII is helpful as it is negative in nonurothelial mimickers. CD138 has been reported to be positive in PUC although it is nonspecific with expression reported in squamous cell carcinoma, normal urothelium and other epithelial and lymphoid malignancies (Int J Surg Pathol 2016;24:614). E-cadherin expression is typically abnormal in both PUC and breast lobular carcinoma, which includes complete absence of staining or aberrant cytoplasmic staining. Of note, E-cadherin staining was normal in 27% of PUC cases in a recent study (Hum Pathol 2020;102:54).